Italy, with 51 listed sites, consolidates its own record. In fact, in this 39th session, the Committee decided to include the “Arab-Norman Trail in Palermo, Cefalù and Monreale” in the World Heritage List, a trail which includes the Palazzo Reale, Cappella Palatina, San Giovanni degli Eremiti, the Martorana church, San Cataldo, la Zisa, Ponte dell’Ammiraglio, the Palermo cathedral, the Cefalù cathedral and the duomo of Monreale. 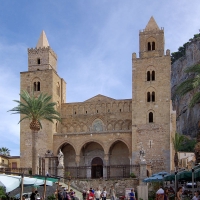 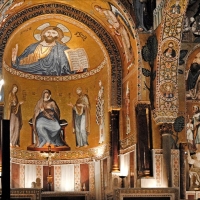 Apse of the Palatine Chapel in Palermo 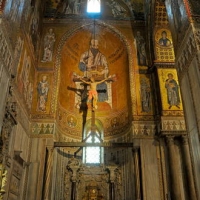 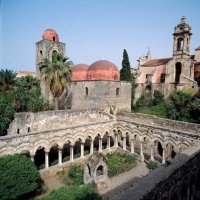 Church of St. John of the Hermits in Palermo