A Lace for UNESCO

The City of Venice joins to the candidacy project for the recognition of Italian Merletto (lace) as a UNESCO intangible heritage. The strength of this candidature is the synergy between the network of Mayors, the network of Merletto communities and the involvement of various foundations. The municipalities involved are: Bologna, Bolsena (lead partner), Cantu, Chiavari, Chioggia, Forlì, Meldola, Gorizia, L'Aquila, Latronico, Orvieto, Rapallo, Sansepolcro, Santa Margherita Ligure and Varallo Sesia.

For the Municipality of Venice such recognition is crucial, because the art of Merletto has its origins in town around the XV century. This tradition is still alive thanks to the invaluable devotion of Burano lacemakers, who operate with needle lace (merletto ad aghi), and those at Pellestrina that are characterized by the production of bobbin lace (merletto a fuselli).

A great goal achieved with the collaboration of the Venetian Civic Museums, which in June will provide to organize the "Biennale of Lace. Art, history, innovation ", where will be signed the memorandum of understanding between the mayors of the municipalities involved in the candidacy.

Preserve the elements and the lace expressions, promote its value, as a vital component of traditional culture, ensures that this ability it may be reciprocally appreciated by various communities, groups and individuals, interested in encouraging their cooperation and support activities at international level.

This important result is the starting point for a collaboration between institutions that will strengthen the awareness of the value of the Venetian Merletto, a vital element of the islands cultural tradition. Thanks to the promotion and enhancement of this network, there will be the opportunity to disseminate at an international level, the marvels preserved in the Museum of Textiles and Costume of Palazzo Mocenigo and the Lace Museum in Burano. 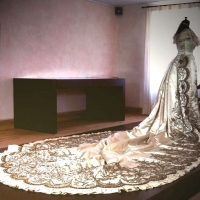 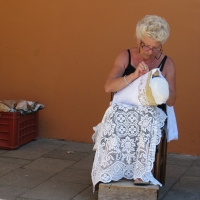 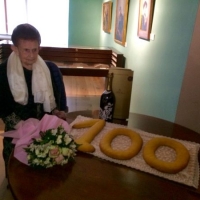 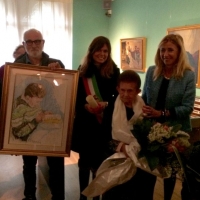 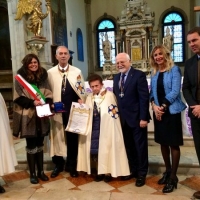 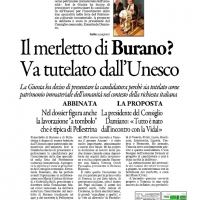 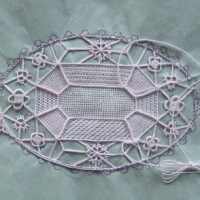 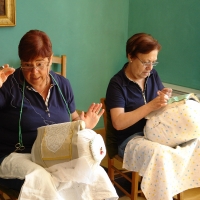 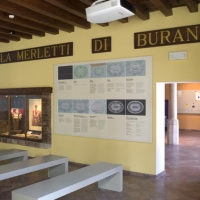 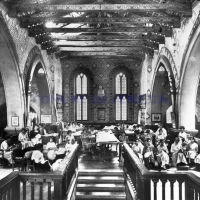 1980, Burano, the councilor of Venice Ferrari and the mayor of Suzhou Jia Shizen with a lacemaker - courtesy by photo archive City of Venice