Venice and its Lagoon / Steering Committee / Municipality of Mira 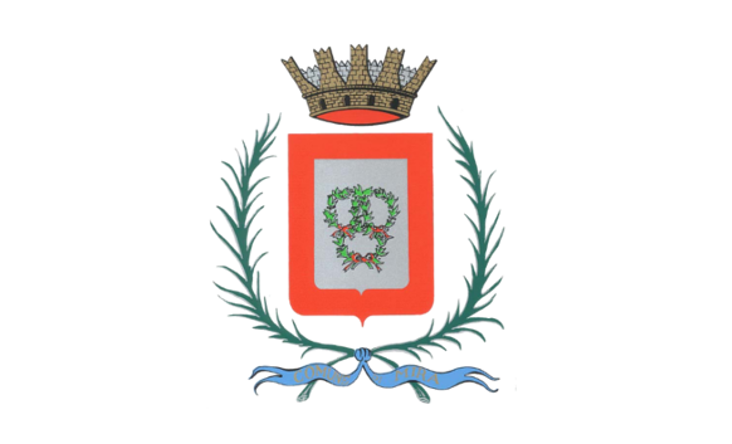 The Municipality of Mira covers a surface of about 99 square km. It stretches along the Brenta Naviglio river and to the southeast it faces the Venetian Lagoon. It is a territory that was included in the Unesco Site “Venice and its Lagoon” upon the act of its registration in 1987. About 38,801 inhabitants reside in the municipality, which boarders on the municipalities of Campagna Lupia, Dolo, Mirano, Pianiga, Spinea and Venezia and includes seven hamlets (Borbiago, Gambarare, Malcontenta, Marano Veneziano, Mira Porte, Mira Taglio and Oriago).

The urban area, located between Padua and Venice, develops along the Brenta Naviglio, on whose banks stand the villas that the Venetians built between the 16th and 17th centuries. Some of the most famous ones are “la Malcontenta”, in the hamlet of the same name, Villa Widmann Foscari, and the outhouses of villa Valmarana in Mira Porta. The municipality is criss-crossed by several waterways, both natural and artificial, and to the southeast it is covered by sandbanks, which constitute one third of the municipality’s total surface.

Following the signing of the Act of Understanding in 2007, The Municipality of Mira became a member of the “Steering Committee” of the UNESCO Site “Venice and its Lagoon”. The Committee holds the following Institutional powers regarding the protection, enhancement and management of the Site’s assets: managing the territories, urban planning, conservation and requalification of buildings for residential use, for social and cultural activities, for production, craft and trade – essential to the conservation of the socio-economic characteristics of the lagoon urban settlements – economic planning, construction of primary infrastructure works, landscaping and environmental protection, enhancement and promotion of tourism 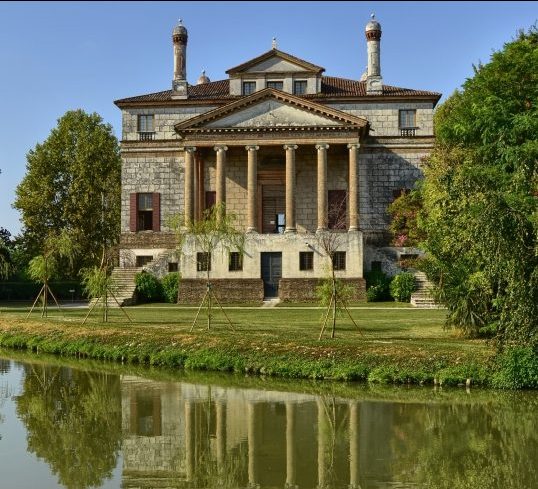 Villa Foscari, called “la Malcontenta”, is the only Palladian villa along the Riviera (shore) of the Brenta Canal, in the locality of Mira. Commissioned by the brothers Alvise and Nicolò Foscari and built in the mid XVI century to a design by architect Andrea Palladio, it is a solid building but of balanced proportions. It differs from all the other Venetian villas for not being conceived as a farm-house at the centre of agricultural activities, but instead as a proper suburban residence. Since 1996 the building has been conserved as part of the World Heritage Site “City of Vicenza and the Palladian Villas of the Veneto”.

Ecomuseum “The Lands of the Brenta"

The Ecomuseum seeks to preserve and enhance the cultural and environmental patrimony of Mira and the entire Brenta Riviera, by studying past and recent transformations of the Venetian inland and highlighting the cultural, touristic and environmental resources. Apart from the exhibition space, in Villa Principe Pio also a thematic library about the territory is present, and a Territorial Laboratory of Environmental Education has been activated. Also the park is used to host various initiatives aimed at children and teenagers. The Ecomuseum has several cultural initiatives, temporary exhibits and events related to the territory and its history on its upcoming agenda. 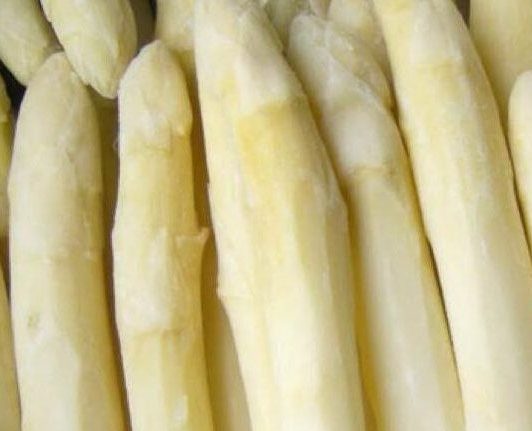 The peculiarity of this vegetable consists of the soil composition of its production area: deep, light, sandy and loamy, perfect for the growth of shoots regular in their shape and free from defects. For the formation of white shoots, the mulching technique is used, through a black film that capture sunlight. Bundles can be recognized from their binding made of thin willow twigs called “stropei de selgaro”. 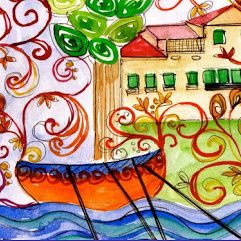 “Riviera Fiorita” (literally flowered riviera) is the folk-historic event recalling the passage of King Henry III of France in 1574 during his journey to Venice and the meeting between him and the Doge Alvise I Mocenigo on the Brenta Riviera. This angle of the mainland was already at the time appreciated by Venetian nobles and became their chosen place of holiday, festival and beauty.
While the water procession remains the heart of the celebration, as a backdrop there are also dozens of events among art, history, folklore and food and wine. 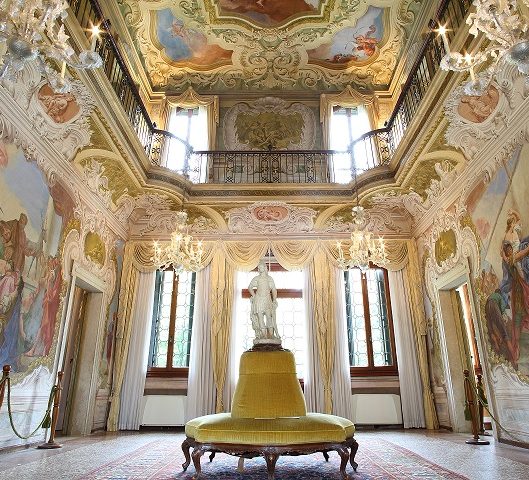 Villa Seriman Foscari Widmann Rezzonico, better known as Villa Widmann, is a Venetian villa situated in the small town of Mira, along the Riviera (shore) of the Brenta Canal. The construction of its first unit dates back to the early XVIII century and was realized by the Serimanns, a noble Venetian family of Armenian ethnicity, who restyled the property in Rococo style during the same century. The rich interior decorations are probably the work of Gerolamo Mengozzi Colonna, Giuseppe Angeli and Francesco Zanchi.
The projects of the Management Plan involving Mira Other links of interest: Miratur The website of the Municipality of Mira
Realized by EasyGov
Back to Top